Another Critique for DSGE Models

I found this simplified critique of DSGE models (Policy Brief), written by Olivier Blanchard that was published in August of last year. I think he outlines several key flaws in the microeconomic foundations of the DSGE models in a streamlined manner. It is a short article, restating some of what we have found in class, but I think it can be useful as a guideline.

Hello class, Christian and I are writing our portion of the paper on the critiques of DSGE models. We have chosen the most prominent critiques and have looked at the points of discourse from well-known economists, such as Robert Solow, Anton Korinek, Noah Smith, Roger Farmer, Camilo Tovar, and Paul Krugman.

The structure of the paper will be introducing the critiques and then expand on what economists/academics have elaborated on them.

If you all have come across interesting and/or notable critiques from your own research please email me at tzotos@mail.umw.edu or Christian at cpotter@mail.umw.edu. We both would appreciate any input you all would have to offer!

Posted on April 9, 2017 by brittanymcbride

The model includes: households, firms, banks, entrepreneurs, and the government

A Thought on Optimization and Rational Expectations

Posted on April 7, 2017 by brittanymcbride

I just started reading this new book, Misbehaving, by Richard H. Thaler about behavioral economics. I am not too far into it yet but came across something I found interesting. Haler talks about rational expectations and the idea that people make choices in an optimizing behavior. He touches on three problems with these ideas. The first being that real choices that people make in life are far more complex than the ones we discuss in economic models. I learned about optimization with a household choosing between two goods. They would buy the most of each good that they could with their money while maximizing their utility between the two items. Choices in real life, such as choosing a career, are much more complex and have more things to consider to behave optimally. Often, it is difficult to know if the decision you make is optimal or not. The second problem with these ideas is that people make biased decisions. Bias goes against rational expectations and optimization because sometimes people know what will bring them the most utility and they still choose a different option. Bias can come from so many different sources but we cannot assume that people behave without it. The third problem is that optimization models leave out many factors. They assume that some things people find relevant are irrelevant. Haler provides an interesting example. In his macroeconomics class, he noticed that his students were happier with a grade of 96/137 than a 72/100. If some simple math is done, it is clear that the first grade is better. So why would his students be happier with the 96/137? It is very difficult for an economic model to capture this kind of behavior because it is not optimal, but it is how many humans act.

Posted on April 5, 2017 by brittanymcbride

SIGMA is different from FRB because it:

Farmer advocates for the stabilization of asset prices in order to prevent unemployment and prevent financial crisis. I contend that losses in the financial markets are necessary as they ensure people aren’t leveraging too highly. If the federal government was to buy whenever prices of financial assets go down there would no longer be a market restraint on borrowing. Anytime a company or house defaulted on a loan instead of the bank paying the consequences for making a bad loan the government would step in and prevent losses in stock valuations. Preventing losses in financial markets would be stabilizing for unemployment and asset prices, but it would destabilize the system as it could incentivize companies to leverage higher and once again give risky loans.

I agree that the financial crisis was in part due to the rising asset prices; excessive loans and the creation of large amounts of debt caused the inflated asset prices. It was the unchecked lenders positive sentiments that led to the collapse of the housing market in 2008 causing the boom in asset prices. Farmers proposed asset stabilization will result in less variation and a lower unemployment rate but if implemented it is imperative that meaningful lending reform accompanies the asset stabilization plan; otherwise, the change in incentives could destabilize the entire system. 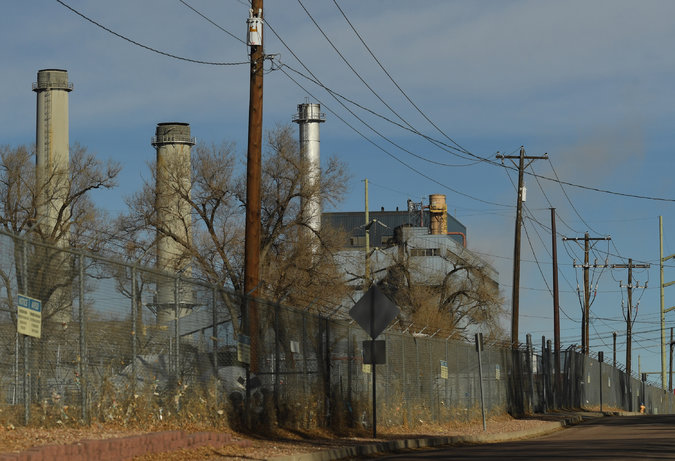 There might be hope that the Trump administration will not completely disregard the environment but one should remain skeptical until a bill is in front of congress with presidential support. The major problem I foresee switching from Obama’s high regulatory Clean Power Plan to a carbon tax system, is that carbon and greenhouse gasses are one of many factors contributing to the degradation of the environment. The Clean power plan, although clunky and slow to implement, monitored other forms of pollution.

On the other hand, the conservative carbon tax plan ensures the proper incentives moving forward and will encourage the development of clean technologies. Rebates to taxpayers (to offset higher electricity costs) ensure increased costs aren’t simply passed along to consumers.

Original Article: The macro textbook writer Mankiw was a contributor on the article as Professor Greenlaw briefly mentioned in class.

Caveat: Since the writing of this post, as many of you know, Trump passed an executive order slashing regulations on coal power plants and “ending the war on coal”. The new stance on coal power makes plans such as these irrelevant, at least the next 4 years, even if the ideas make sense.

Note: Pardon the random nature of these posts I was going through notes and wanted to get the ideas out before starting on the paper.

My previous post “Balancing Classical Ideas and Active Policies” talked about why policy makers hold at least somewhat to classical ideals. This post hopes to continue this line of though by examining why the government decided not to bail out so many businesses but not others.

Without the Federal Government’s TARP money and the Federal reserve’s lowering of interest rates to practically 0% the economic recovery of 2008 would have been even slower. It is clear without these policies more businesses would have gone out of business and further economic destruction would have occurred. If large sectors of the economy go out of business and new companies have to start from scratch a huge amount of institutional knowledge would be lost. Once lost this knowledge may never be recovered or at the very least will take time to recover. The benefit of preserving the existing institutions is the preservation of this institutional knowledge. If companies are forced to start from scratch they spend time developing and regaining this knowledge; Whereas, if companies are saved after a crisis they immediately will resume improving their productivity.

Should every business be bailed out? In short, no. Classicals argue that the markets should be left alone and any business that goes out of business due to the financial crisis should. In the aftermath of financial crisis they are replaced by new more cautious companies who can weather any future storm. The trick then becomes for policy makers to walk the fine line between protecting the institutional knowledge of existing institutions and ensuring that these same institutions do not become excessively risky because of the government’s bailout safety net.

This article discusses the main criticism of all equilibrium models, that no matter how well designed the model or elegant the argument, markets do not always clear. The recurring themes of risk averse firms, and ineffective monetary policy are considered, but Greenwald and Stiglitz turn to the labor market and attempt to explain sticky real wages. Assuming that there are people who are willing to work at the going wage but are unable to find work, that is, involuntary unemployment does exist, they look at efficiency wages, insider-outsider theory, imperfect competition, and implicit contracts.
Efficiency wage theory says that productivity increases with real wages, so it doesn’t pay for a firm to cut wages. Insider-outsider theory looks at training and turnover costs. Since the insiders will be training the outsiders, they will not be happy about teaching new people to take over their own jobs at lower wages. Even if that were to happen, given imperfect competition, there could be reductions in the quality and effort of labor, and nothing says the new cheap labor won’t demand higher wages once they’re hired and trained. Thus, a firm could find itself with a more expensive and less productive labor force than it started with. That’s the supply side of labor. On the demand side, the question is why there are large fluctuations in the employment rate and only small variations in real product wages. With given technology and capital stock, if firms operate along their supply function, a reduction in output should be associated with an increase in real product wages, but that is not what happens. Greenwald and Stiglitz believe this has to do with risk averse firms. When an economy goes into recession, aggregate supply shifts to the left. This can also be depicted by a shift in aggregate demand for labor. Firms are more likely to layoff several workers than to reduce the hours of everyone in their workforce, which would be more beneficial to the workforce and the economy as a whole. Mankiw made a similar comment in his article titled “New Keynesian Economics,” saying firms were more willing to lay off workers during a recession because there were no other jobs to be found and the same people could be rehired when they were needed again. That is, firms are saving money when they need it and are risking very little with layoffs.
The Journal of Economic Perspectives, Vol. 7, No. 1 (Winter, 1993), pp. 23-44. The Macroeconomist as Scientist and Engineer

This article written by N. Gregory Mankiw is very similar to what our class has been doing all semester.  Mankiw divided up the schools of thought by whether they are more the science side of economics or the engineering and applied side of economics.  He goes through each school of thought describing what they are and which side they are on.  Because we have been doing this all semester, I’m not going to give summaries of each theory, but I will tell you what he thinks of each theory and whether they are more on the science side or the engineering side.  Keynesian and Keynes were considered more on the science side of economics, but the models that were used are considered more on the engineering side of economics.  This is a similar story with New Classicals, New Keynesians and the New Synthesis.  The theories are all more scientific, but when theory is applied through models, they move towards the engineering side of economics.  The reason there are two sides to economics is that it is great to come up with theories, but those economists that apply theories to fiscal and monetary policy are the ones that actually effect the economy and if the economists realize that there are two sides and work together, then recessions will be much easier to avoid and to fix.  John Maynard Keynes (1931) famously opined that, “If economists could manage to get themselves thought of as humble, competent people on a level with dentists, that would be splendid.” This quote is saying that if economists worked more towards the engineering side rather than the research and science side, then fixing a recession would be as simple as filling a cavity.  Whether or not this is true, I don’t know, but I do agree that we need to take in politics in order to improve our economy as a whole and basic theories don’t typically do that, so moving more towards applicable engineering economics may work better than just theories.